Heidelberg is a university town located in the state of Baden-Württemberg in southwest Germany. It’s home to Heidelberg University, one of the country's oldest and reputable universities, which means that a quarter of Heidelberg’s residents are students.

It also happens to be one of my favourite cities in Germany.

I’ve been to Heidelberg twice now, once as a backpacker and once again with family. The second time around, I spent so many hours researching that it seems like a shame to let it go to waste.

Here’s a rundown of how to spend 24 hours (or more) in Heidelberg.

Why should you visit Heidelberg?

Quite simply: it's beautiful. 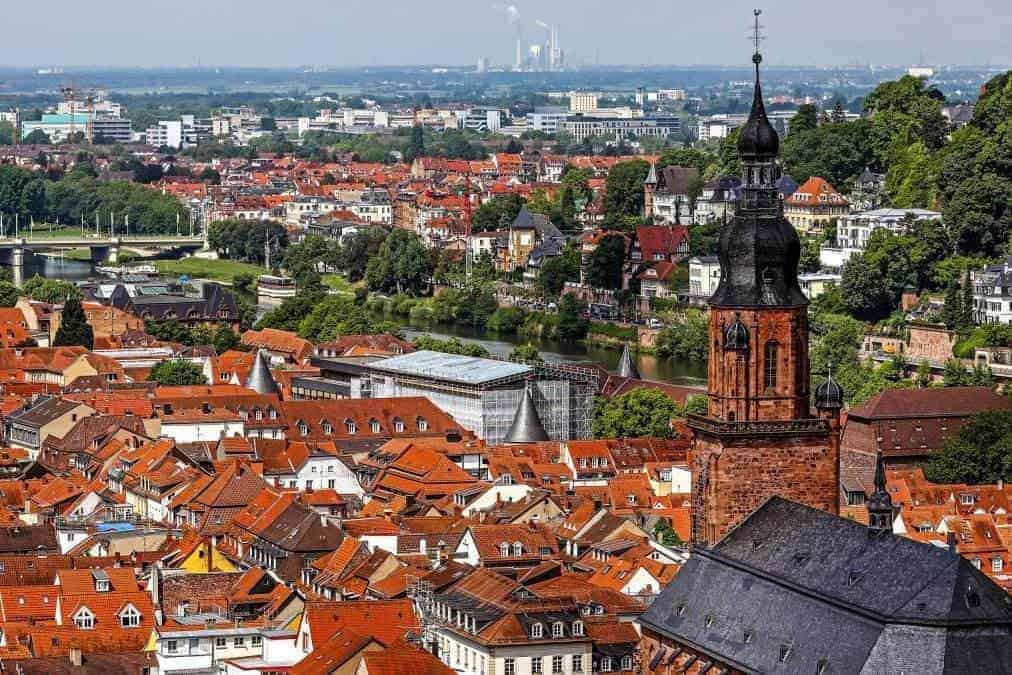 From the bridges running over the Neckar River, romantic cityscapes, and some of the best hospitality experiences I’ve had in Germany, the city of Heidelberg is a gem. Much of it has to do with the fact that it’s one of the best-preserved examples of German Renaissance architecture from before World War 2.

It’s also home to an unusually large number of internationally renowned research facilities and has a long history in the arts, particularly in literature.

I could happily spend days or even weeks hanging about the riverbanks, sitting in the cute cafes or – surprisingly, for someone who doesn’t really like shopping – walking up and down the main shopping street.

How to Get to Heidelberg

Heidelberg hosts a fair number of travellers all year round, but the fact that it doesn’t have an airport perhaps explains why it hasn’t yet exploded into the hordes of tourists that fill other German cities such as Berlin, Munich or Frankfurt.

The easiest way to get to Heidelberg from abroad is to fly into Frankfurt Main Airport (not Frankfurt Hahn), and take a train or bus. Both the train and bus take about an hour and a half to reach Heidelberg. The train costs around 25-30€ and the buses are between 5-16€, however, the buses are a direct connection so this might be a better option for most people.

For both international and domestic flights, I use and recommend Skyscanner. while Trainline is my go-to for buses and trains.

Alternatively, you can rent a car and drive from Frankfurt.  The drive to Heidelberg takes about an hour and this allows you the flexibility of exploring the region around Heidelberg. We did the second time around, also visiting France and the Mercedes-Benz and Porsche Museums in Stuttgart.

In Europe, I always use AutoEurope to rent cars as they offer the lowest rates and exceptionally affordable excess insurance. Their customer service is also often far better than speaking directly to the car rental companies, and they will often communicate and mediate on your behalf.

Where to Stay in Heidelberg

The first time I stayed in Heidelberg, I was Couchsurfing with three students near the Altstadt. I had an amazing time there, but obviously this isn't for everyone - and especially not for a family trip. But shelling out serious money for a fancy hotel isn't our style either.

After hours of research, I found Rafaela Hotel in the Neuenheim district. It turned out to be the perfect option: fairly priced, wonderful staff, comfortable rooms with huge windows (from which you can see the local farmers market) in a beautiful area, literally a minute's walk from amazing restaurants and cafes. Absolutely ideal for couples but also for single guests, who would receive a slightly cheaper rate.

I found the best rates for Rafaela Hotel on Booking.com.

As the Neuenheim district is a more upmarket neighbourhood of Heidelberg, you'll find a slightly more affluent crowd here - but it's not pretentious, so you can keep your sneakers on. It's also a quieter area, on the opposite side of the bridge where the main streets and crowds are. That said, you can walk into the thick of everything in about ten minutes. I preferred to walk around the city, but the Bismarckplatz tram stop will also take you anywhere you'd like to go.

Where to Park in Heidelberg

Another plus for Rafaela Hotel is that they can provide street parking tickets that cost 5€ per day, which is valid in all of the nearby residential parking areas until noon the following day. Guests can purchase an unlimited number of these from the reception.

Alternatively, you can find covered parking in one of the parking lots nearby. The closest one is called Nordbrückenkopf with a maximum fee of 14€ for 24 hours. If you're parking for longer, you can alternatively "lose" your ticket and get a new one for 25€. You can find a full list of parking locations and the number of currently free spots on the Heidelberg parking website.

Things to Do in Heidelberg

My personal opinion is that there isn't really a stand-out landmark or activity as such in Heidelberg. The whole city is just really nice. That said, here's a list of things to do in Heidelberg over 24 hours (and beyond).

Get yourself a delicious coffee and breakfast at NOMAD Neuenheim, just around the corner from Rafaela Hotel.

From Rafaela Hotel, you'll naturally do this to get to the main part of the city. Also known as the Old Bridge, walking across Karl Theodor Bridge and along the riverbanks alongside it are the best way to start getting acquainted with the beauty of the city. I would highly recommend doing this whenever you have time - between sightseeing or even after dinner for a night time walk.

Upon reaching the Bismarckplatz tram stop, head left and towards the Altstadt (translation: "old city") through the Hauptstraße (translation: "main street"). Here and in the narrow streets alongside it, you'll find shops, bars, cafes and restaurants.

I'm not big fan of shopping in general, yet for some reason, I found this street strangely charming in its own right. Perhaps it has something to do with the selection of stores that are available. You won't find a Gucci or Louis Vuitton here, but that's not to say that there aren't nice things - there are plenty of more upmarket German and European stores as well as a good mix of international stores.

Head on all the way until the Heidelberger Marktplatz, before making your way towards Heidelberg Castle.

This area is full of both tourists and locals, and you'll see an eclectic mix of people and hear a variety of languages as you make your way down and closer towards Heidelberg Castle.

Grab a bite to eat on Hauptstraße and prepare yourself for a little bit of a walk towards Heidelberg Castle.

Heidelberg Castle is the most noticeable landmark of the city, towering over and visible from most parts of the city. It was famously featured in the opening lines of Mark Twain's essay "The Awful German Language" and provides a great look into the German Renaissance style of architecture. The essay itself is actually an enjoyable read, especially if you have ever tried or are in the process of learning German.

If you don't want to walk all the way up, the Bergbahn is an old railway that will take you to the castle atop the hill. I personally preferred to walk both times, but the price for the castle is the same at 8€ per person whether you take the Bergbahn or not.

It'll take you at least a couple of hours to properly see everything inside the castle and the gardens, which is also a perfect place to take in the panorama of the city from nearly a hundred metres above. The first time I came here, I spent nearly four hours hanging out in the garden and looking over the city. It's also a great place to read a book or simply relax.

Other Things to Do in Heidelberg

At the point, you might not have so much time left before sunset and you begin to start thinking about dinner and winding down. But if you're still keen to do more or have additional days in Heidelberg, here's a quick list of other things to do and places to go.

Personally, I'd recommend simply walking around to soak in the vibe of the city, sitting by the river and people watching in the Altstadt.

Where to Eat and Drink in Heidelberg

Maybe it's a regional thing, but I've always found the people in Heidelberg to be very friendly, and this translates to their hospitality as well. In particular, Dorfschänke was a standout, with traditional German food made with seasonal ingredients and locally sourced wines. The service was great too - we went back twice after the first night.

Restaurant Rossini was also excellent. We all had the special of the day with fresh fish and pasta, and our server was perfect - attentive but unobtrusive, with smiles and funny stories in between. I've also never seen four people manage a restaurant of that size so calmly and professionally.

I also spent some time wandering around the Altstadt and went into a few bars and they were all thoroughly enjoyable, although unfortunately, I can't remember their names. To be fair, I don't think I ever had any bad food or drink experiences in Heidelberg - everything has always been high quality and overall great experience.

Figuring out transport across Europe can be a headache. Trainline makes it easy to book buses and trains, all securely stored in one place.
Learn more about Trainline
Moving to Germany 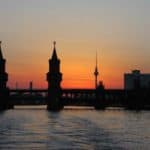 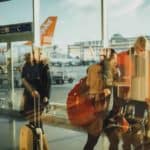